I recently spent an afternoon rootling around for an old remote hard drive and finally found it in an old box file full of letters!

I plugged it in and scrolled through the contents, and was soon muttering dark imprecations about wasted time and useless computers. The data stored there only went back to 2000 and there were no other back-up files available. The floppy discs that had contained them originally were long since lost! Being the old biddy that I am it took a few moment to realise that this really is twenty years ago, and not last week…

The items I wanted to find all predated the millennium by some years (even decades), and were doubtless produced on my trust Amstrad PCW 8256 or its replacement 8512.

For the younglings among you I should explain that my files would have been printed on a chattering dot matrix printer, using continuous paper, which required you to tear of the punched guide tapes on either side of the pages and separate each sheet along the dotted lines. A laborious task.

Only then could they be put into an A4  envelope – along with a letter to the editor, a self addressed postcard at prove it had arrived (because there was no email)  and return postage for the eventual accept/reject. If it was for a US publication you first needed to purchase an IRC. (IRC in this case not standing for Internet Relay Chat, but International Reply Coupon – which are still available but I would imagine seldom used in this century.)

Submitting manuscripts was not for the faint hearted! 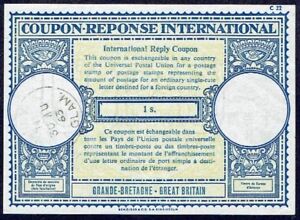 The golden rule when you sent your literary gem winging out into the world was to always keep a copy. Things often got lost. Copies became simple with the advent of word processors, and later the PC.

The problem I suspected that I now had was that my earliest manuscripts would have  come hot off my trusty Remington typewriter, which required carbon paper for a single copy – two if the carbon paper was new(ish). And once typed, or course, additional copies could not be generated. Not even photocopies could be taken because the bluish hues of carbon ink copies… well, didn’t copy.

This was why we  sent enough return postage for those precious manuscripts to be returned. Carbon copies were not only impossible to take copies from but were never good enough to send out to an editor. Returned originals, on the other hand, could be carefully ironed and reused – and often were. Singeing the page edges was always a danger.

Which brings me back to my missing stories.

I have boxes of old paperwork in the attic, much of it came off that dot matrix machine, but there are quite possibly a few purple-hued carbon copies.

Will that collection of faded print include my missing stories? Who knows.

Can I be arsed to go up there and look? Probably not.

I only started looking for these relics because some of them were winners of various writing competitions and would complete my bibliography.  The moral of this story is to always keep paper copies!

I have a sneaky feeling, however, that those apprentice pieces really were quite terrible, and not worth all this effort.