One feature of lockdown across various social media platforms set by people with time on their hands setting and answering quizzes and challenges. Name your top ten films, tv shows, pictures, books or songs have been common and often you are ‘tagged’ to list your own choices.

I tend to avoid them because I can never really be sure that my choices are genuinely my top ten. Dyspraxia, with its short term memory element, makes these things a curse. Once I have posted my ten of this or that I will always remember that X or Y would have been a better choice but at the time of asking I simply forgot about them. I need prompts to drag those lists out of my untidy brain.

How do any of us without an eidetic memory recall our favourite or most influential items? For me, from a standing start, its quite hard. Often I take cues from a conversation, a smell, a sound or yes those films and books and songs. 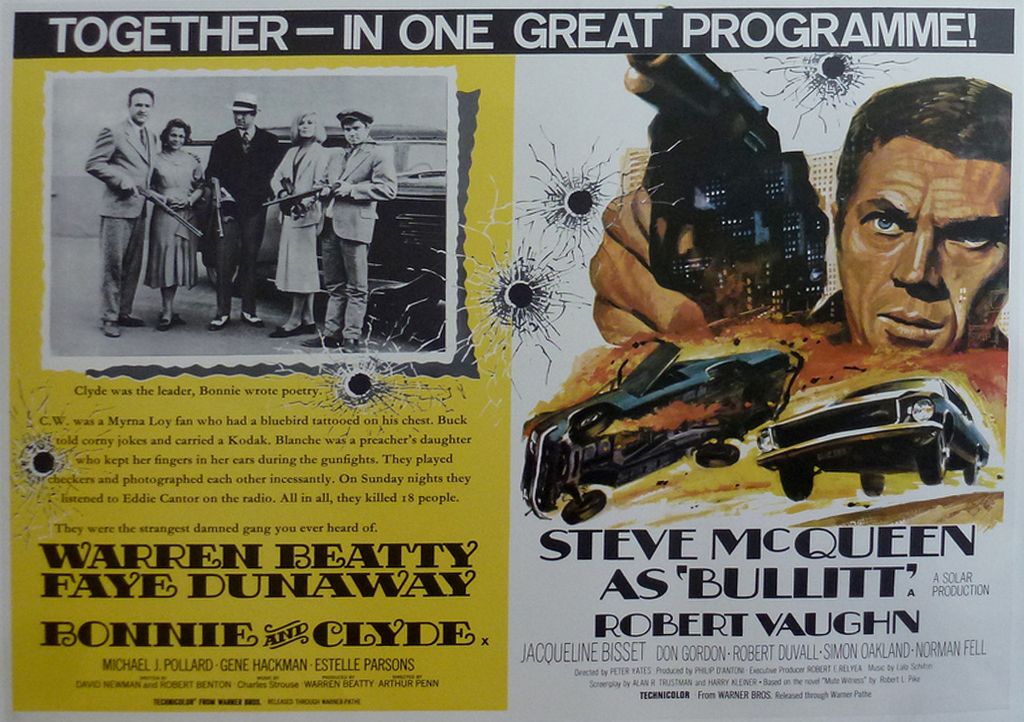 Sometimes those prompts are overt. Tonight for instance I noticed Bullitt was showing on the TV. I went to see that as a double bill with Bonnie and Clyde. Bullitt bored me, I hate to say, though Bonnie and Clyde was good. But the films were incidental to the time and place.  It was also my first date. My mother would have had a fit if she had known for several reasons. Firstly both were rated X at the time so I was several years to young to be in the cinema and the act of getting in to see them was the bigger thrill. Secondly Mother would not have approved of the make-up, mini-skirt or man(?)  so I had my friend Denyse covering for me. These were the things I remember. Of the hapless chap escorting me to the flicks? People say you never forget your first date. Trust me to be odd girl out. I remember very little. He was in my class at school, his first names was Phil, he was at least two inches shorter than me and he was very sweet. But beyond that? Nothing. I would feel sorry for him being to forgettable, but I suspect he doesn’t recall me either 🙂 At other times my cues are more random, bordering on the circuitous. Yesterday there was a game in a book group asking people to caption a cat apparently ‘singing’ with head back. I am chagrined to admit that I dated myself with the old Frank Ifield classic ‘I Remember You’. That song in turn prompted a really vivid memory of staying with my Nain in Wales, walking across the slag heap at the back of the terraces and up into the hills to pick wimberries (bilberries). I would have been around eight or nine, and I was walking with my younger cousin Julie. Both of is were singing the chorus line of that song over and over (I doubt we knew the rest of it) at the top of our voices and falling around laughing. The crunch of the slag under our plimsolls, the sound of our off-key singing and gales of laughter. Its a fleeting moment but so vivid and all prompted by a cat meme with nothing whatsoever to do with Wales, wimberries or wailing cats.

Listed Dead: Bunch Courtney Investigation #3 will be out very soon and I know bloggers will fire questions at me like ‘what is your favourite book’ or ‘which authors influenced you the most, and that vague panic will inevitably set in.  But hey – all part of the fun!