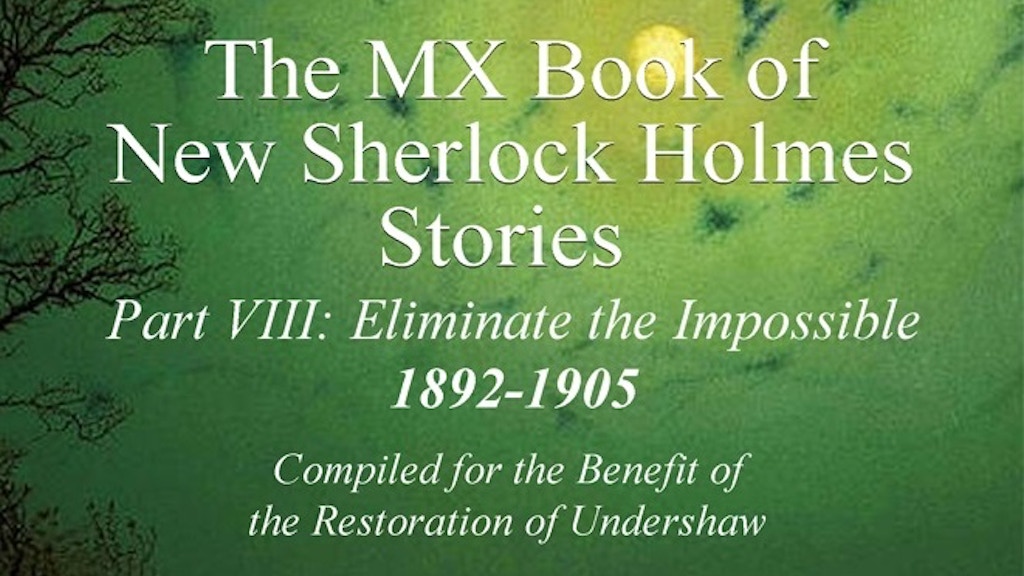 Eliminate The Impossible – Sherlock Holmes is the latest project from MX Publishing that brings you Volumes VII and VIII bringing forty-eight more stories to the world’s largest collection of new Sherlock Holmes Stories. 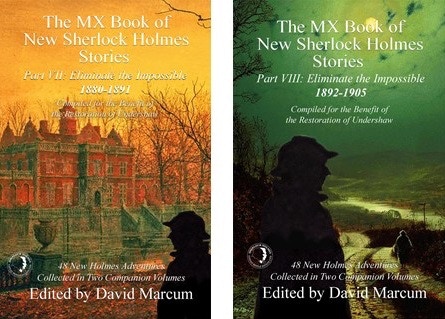 What is it all about?  I can do not better than to repost the words of Steve Emercz:

The anthology includes only traditional stories set in the original Sherlock Holmes period. Between them, these authors have sold millions of books, and they come together for a common cause – Undershaw.

“No historical material here. This is all new, and it’s beyond impressive, in quantity (more than 60 stories in three handsome volumes) and in consistent quality. Here are some — most — of the best, most dedicated Holmesian authors working today” 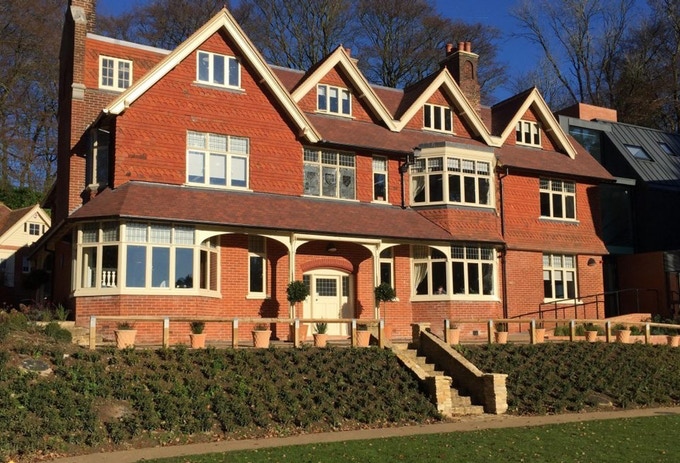 The authors are donating the royalties to projects at Sir Arthur Conan Doyle’s former home, Undershaw. The building was in terrible disrepair and was saved from destruction by the Undershaw Preservation Trust (patron Mark Gatiss). Today the building is the new home of Stepping Stones (a school for children with learning difficulties) and has being lovingly restored to its former glory.

Royalties will go to Stepping Stones for specific projects such as the new literary program.

“We’re really proud of the MX Collection of Sherlock Holmes stories and excited about the Kickstarter campaign. The collection has brought so much attention to our school and the young people. We now have lots of great writers and artists working with kids really inspiring them to take on the challenges the world has for them”  Melissa Farnham, Headteacher, Stepping Stones

Volumes 1-6 of The MX Book of New Sherlock Holmes Stories
The books are being produced in traditional hardback with dust jackets, as well as paperback editions. Backers of the project will be getting first edition pre-publication copies ahead of the public release. The list of participating authors by volume includes: